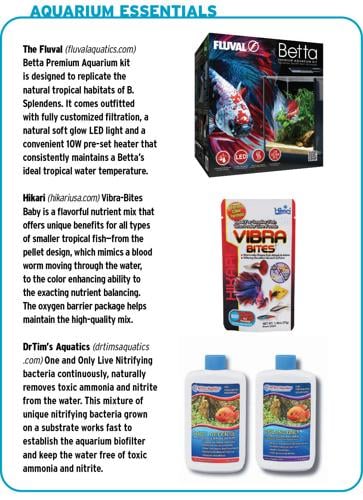 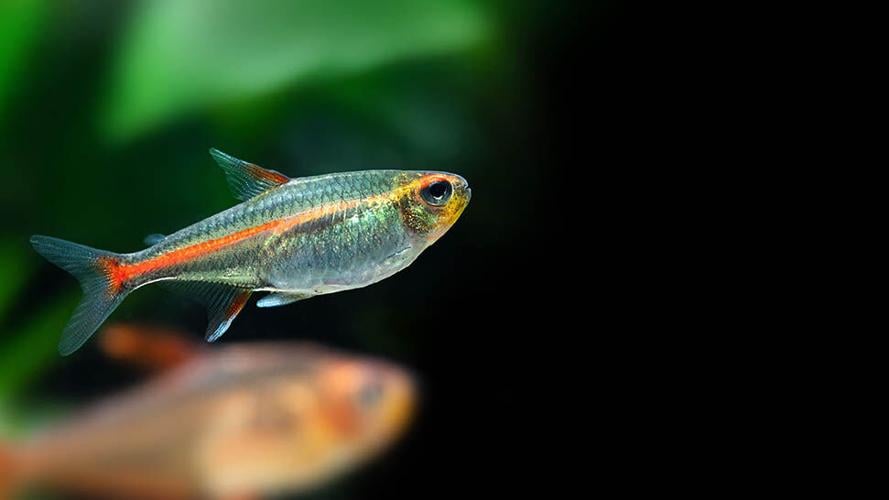 Early on during the pandemic, many pet shops and fish stores wondered if they would be able to survive such a major disruption of their business. Luckily, in most cases, the answer has been a resounding, “yes”—but with every silver lining, there is also a dark side that remains partially obscured in the background. In the case of tropical fish, this manifested itself in the form of transportation challenges. With air traffic reduced to a minuscule fraction of its formal glory, it was a challenge to get fish—either captive-raised or wild-caught—shipped into the country. Sure, there were still fish available from Florida, but there were precious few flights to deliver them to customers.

Many stores, especially the chain shops, had to restrict fish sales to a handful of specimens. I saw numbers as low as a total of four fish per visit. Big-box stores were like ghost towns of empty tanks. Independents did not fare well either, unless they were willing to travel to Florida or airports where there were good connections with international flights. Still, many aquatic stores somehow managed to survive, and the reward for their patience and tenacity has been greatly increased sales of aquatic livestock (and related goods).

Tropical and marine fish sales remain robust. Prices have escalated a good deal, but that has not seemed to deter most fish keepers from continuing to purchase fish. I am seeing retail prices for marine angels, butterflies, tangs, triggerfish, sharks, rays, groupers and other exotic types at all-time highs, so it seems that customers have plenty of money to spend.

Back in February, there was somewhat of a setback in Florida when temperatures dipped below 40 degrees for several days. Even though many fish farms cover their ponds with greenhouse plastic tightened over a metal skeleton, this can only help so much. The concept is to create a “greenhouse effect” that will superheat the air above the pond. This can only work if the sun is shining. During the cold snap, it was cloudy all day long. Hence, many ponds of fish were lost or degraded so much that they had to be destroyed. Luckily, the supply of livestock continues to ramp up, which means the cold weather was only a temporary setback.

As retailers know, Florida supplies most of the big-box pet chains. These corporate stores have a list of fish species that they carry, and during COVID, that list was reduced quite a bit. This gives independent retailers the opportunity to concentrate on the species and/or varieties of fish that were removed from the big-box stores.

There is nothing that impresses customers more than seeing fish in a store that they will not find anywhere else. This begs the question: should you stock some species on a constant basis? Personally, I have an aversion to this concept, but there will always be beginners who need to start their aquatic hobby with fish that should be easy to keep. With this in mind, I have a list, not of fish species, but rather fish types—or, more appropriately, families—you should always have for sale.

guppies out because it’s my firm belief they should not

be placed in regular community tanks. They are too

small and vulnerable to be mixed with most fish. On

the other hand, a tank for dwarf species of fish would

be fine for a colorful and genetically diverse fish like the

Barbs—There are too many varieties to mention here, but for community tanks, stay away from the species that grow over four inches.

Tetras—These are great beginner fish when small, but fish like the silver dollar are too large.

Rasboras—Almost any of these are acceptable.

Corydoras catfish—These peaceful bottom-dwellers clean up everything on the substrate.

Dwarf Cichlids—The exceptions here include anything that grows over three inches, and certainly no Rift Lake species. Those fish deserve an environment exclusively constructed to their requirements, and that applies to the water chemistry and décor.

Cichlids are an extremely diverse family of fish. There are well over 2,000 species, and they occur in both black water and white water rivers of South and Central America. They vary in size at less than two inches up to just about a 36 inches long when fully grown. They live in slow- or fast-moving black water rivers, white-water rivers with slack current or rapid current, and giant lakes in Nicaragua, Panama, Venezuela, etc. They dominate the Rift Lakes of Africa, including Tanganyika, Malawi and Lake Victoria. They live in acid water, neutral water and highly alkaline water, and there are at least three species found in sea water.

Over my many years of fishkeeping, I have consistently proselytized for cichlids to be housed in aquariums set up specifically for their unique needs. Only dwarf species from South America or West Africa should be considered for community tanks, and even then, the tank owner must be prepared for the inevitable and unavoidable act of reproduction among the tank inhabitants. This might be a bit much for a beginner to handle.

Over the past year, I have seen quite a few fish that are new to the retail freshwater trade. They represent several habitats across every tropical landscape, except Australia. This tells me that active collecting has resumed with the threat of COVID diminished.

Now that the supply of wild-caught fish has once again normalized, it’s more important than ever that retailers know what they are buying. If you see a fish for sale that you know nothing about, why would you buy it without doing at least a little research? If you can’t keep the fish alive and healthy in your store, you are not going to be able to sell it. This means you need to know its scientific name, its native habitat, its preferred diet, its level of aggression and its water requirements. Without this information, you can’t pass along to customers the knowledge necessary to be successful.

Finally, don’t neglect the mini-tanks that are growing more and more popular with customers who enjoy keeping ornamental shrimp and micro-species of fish that are not aggressive. This segment of the hobby segues over to the concept of aquatic gardens and aquascaping. You can bundle setups with fish, shrimp and plants, if you have the talent and ability to create displays that your customers will find appealing. Remember, aquatic scenarios come in all sizes, so don’t neglect the big and the small of it.  PB