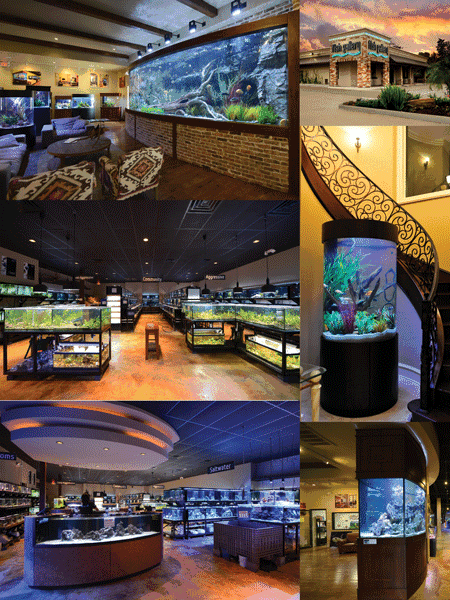 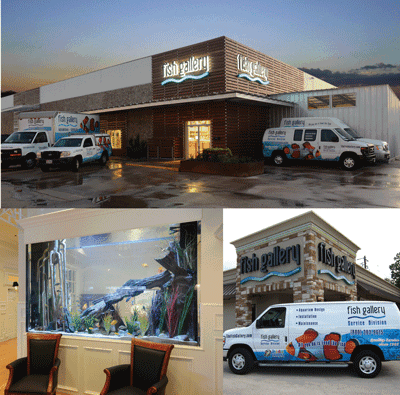 Someone entering any of the Fish Gallery’s three Texas locations for the first time is likely to be awed. The centerpiece of each store is the design center, which features a mega tropical-fish tank and a place to sit and take it all in, while ensconced in a setting that offers the serenity of a Zen garden. Complemented by a solid assortment of dry goods, the stores also display tank after meticulously merchandised tank filled with tropical fish. Being there is like visiting the public aquarium, says owner Roger DeGregori, who has locations in Dallas, Austin and Houston.

Yet, despite the opulent design centers and dazzling setups, DeGregori insists no sale is too small. He aims to inspire and stir imaginations across the board—from the hardcore reef enthusiasts to the youngest beta-bowl owner—driving sales at all price points.

"There is a massive underserved market that the Fish Gallery wants to take advantage of—we offer a high-quality aquarium experience that doesn’t come with a high price tag, or that is only attainable for the elite," he says. "That is not we are about. We are about offering something for everyone."

DeGregori has established a business model anchored largely by one overarching objective—show customers the grandest of possibilities in aquarium keeping and then offer them ways to achieve those possibilities on a manageable, more appropriate scale for their homes, businesses or offices.

"In each store, we have an obnoxiously big aquarium—in the Austin store, for instance, we have one with 4,000 gallons of water in a 20-foot-long tank," he says. "Those aren’t aquariums that inspire customers to go straight to the cash register and say, ‘I’ll buy one now.’ But they do stimulate a ton of ideas."

DeGregori, who says he has been involved in aquatics his whole life, started out on the aquarium installation and maintenance side—which he has always found to be a steady source of income.

"I don’t care how depressed the economy is, there are people who are interested in buying an aquarium as a nice piece of art in their waiting room or the lobby of a hotel," he says.

Then, approximately 12 years ago, he kicked off his foray into the retail side. The marriage of the two—aquatics service/maintenance and retail—has been central to the success of the brick-and-mortar operations.

"The cash-and-carry aspect complements the custom aquarium and service side, and they have positioned me to have something to offer to anyone," he says.

The two sides of the business form a profitable financial synergy, as well. The service side, he says, is the "bread and butter," generating steady revenue year-round—a welcome contrast to the ebb and flow of retail. "I can’t survive off the next bag of fish or the next can of food being carried to the counter," he says. "It’s unpredictable, and the margins are too tight."

Meanwhile, the brick-and-mortar locations create the buzz, lure customers to the brand and have established the Fish Gallery stores as go-to destinations for local hobbyists. He credits the retail operations as being key to drawing in the customized-aquarium clients, as well. "The diversification of the business has been instrumental of our success," he says.

Another key to growing the business has been DeGregori’s understanding of his customers and their needs. He describes his typical customer as a 35- to 60-year-old male seeking to reconnect with the passion for aquariums he had as a child. Now armed with the time and discretionary income to invest in the hobby, these customers often visit the store with families in tow, with the hope of involving the kids and perhaps even the wife. The stores’ cozy environment and eye-popping merchandising takes center stage in this scenario.

"Because the store is interesting, it keeps them in the store longer than typical—15 minutes on average. That’s important, and clearly, the numbers reflect it," he says, pointing to research that indicates that the longer a customer shops in a store, the more money that person is likely to spend.

While the stores’ setup captivates shoppers both young and not-so-young, it also serves another important purpose, adds DeGregori. The design center offers the family member who is least interested in the prospect of shopping for fish or tank equipment with a serene, comfortable and visually appealing place to wait out the visit. He says that particular customer is often the mother, who is happy to have a place to sit and catch up on text messages, while the husband seeks out his favorite live-fish attendant for assistance.

"The wife is satisfied on the couch, and she’s not, for instance, idling in the car outside in the hot Texas sun," DeGregori says. "That’s not rocket science; that’s a retail mentality."

His something-for-everyone strategy has not only been a boon in making family outings more pleasant, it also gives customers a reason to shop brick-and-mortar retail instead of simply spending their money online. While customers may be able to find dry goods for less through Internet retailers, the experience they have visiting the store can’t be replicated at home.

"They can’t get any of that from Amazon," DeGregori says.

Something else customers can’t get from Amazon are all the extras he offers—tours for classes from local schools and birthday parties, for example. Much of his work on this front is about reversing the rate of customer attrition the aquatics industry has experienced in recent years. The industry, he says, lost momentum in the last 25 years as children and potential hobbyists were lured away by other pastimes, from video gaming to the Internet.

"We’re very much about bringing kids back into the hobby, and letting them know that it is not the expensive, exhausting hobby that it is sometimes portrayed as," he says.

Still, the Fish Gallery owes much of its earnings to its large-scale service projects and the sale of costly setups. The business thrives on customers who were once drawn to the hobby by well-merchandised countertop tanks and then upgraded to more sophisticated setups that come with higher equipment costs and service fees. And yet, these sales are not the only goal.

"We don’t have to hit a homerun every time someone comes in to buy an aquarium," he says. "There are a lot of [retailers] who want to swing for the fences [every time], but it’s a huge business mistake to always tell people that they need this exquisite reef aquarium with LED lights that simulate the rising sun and the moon."

Focusing solely on those high-end sales sets the stage for failure, customer dissatisfaction and, ultimately, a bad reputation for the store itself, according to DeGregori. In fact, he adds that he and his staff try to avoid selling high-maintenance setups to customers who are likely to struggle in caring for them. A customer who barely takes the time to look up from his smartphone while shopping for a tank, for example, would not be considered a good candidate for a sophisticated setup.

"I already know you don’t have time for it, and I’m not going to sell you something that will be a certain failure," he says. "Sometimes our candor costs us business."

The alternative to that candor is not worth the risk, he adds. "No one wants to feed a dead fish. No one wants to deal with algae or cloudy water in an aquarium. It’s not fun. And you get exasperated very fast. Ultimately, that is why so many tanks end up on Craigslist."

However, his efforts to keep his customers off of Craigslist for the purpose of selling unwanted aquarium equipment is not driven by concern for his own reputation alone. Anything he can do to demystify the hobby for customers and help them achieve success at fish-keeping supports the industry as a whole—which is something he has a lot of stake in.

"The point is, I’m leveraging this business, so it’s my job to figure out how to grow the business—from the top end, with the high-end clients, to the bottom end."